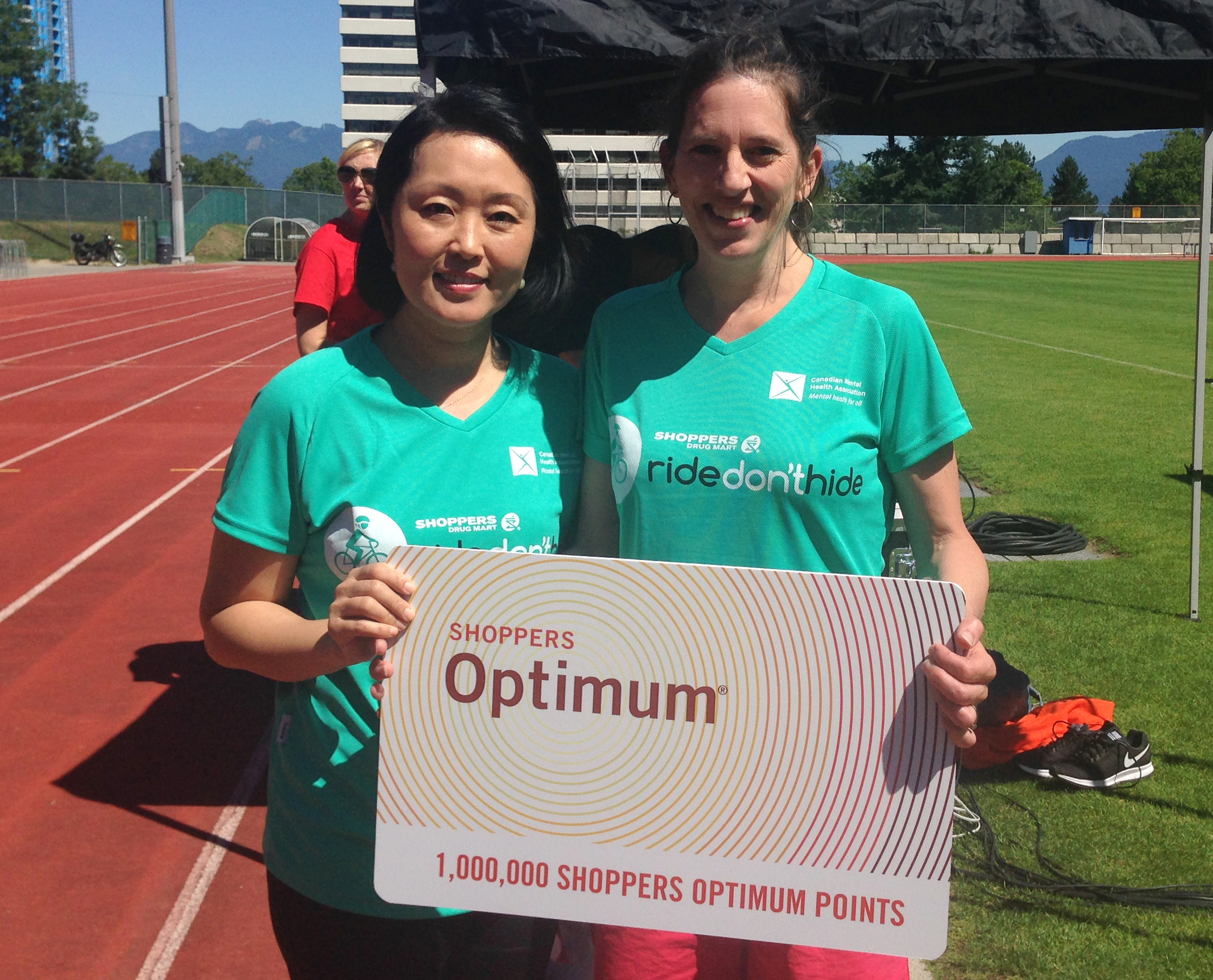 The contest invited British Columbians to share their own stories or to nominate women who had inspired them. Of these nominations, five finalists were selected by a panel of Shoppers Drug Mart Pharmacist-owners. In the final round, Victoria Maxwell was chosen by popular vote with over 1800 online ballots cast in her favour.

“I feel so supported. The contest wasn’t just a one person effort—it had to be others supporting me. I was just blown away by how many people were cheering me on, and I was blown away by the other finalists,” says Maxwell.

Victoria Maxwell is an actress and playwright with lived experience of bipolar disorder, anxiety and psychosis. Her critically acclaimed one-woman show Crazy for Life—drawn from her lived experience with mental illness—has toured internationally with runs in Toronto, England and New Zealand. Maxwell is also a public speaker and facilitator, and offers mental health consulting services to employers looking to enhance workplace wellness.

Throughout her career, she has made a point of being open about her experience as a way to push back against the stigma that often surrounds mental illness.

“When I was diagnosed there weren’t a lot of stories about mental illness and recovery,” says Maxwell. “I saw that shame really prevented people from not just reaching out for help, but also from feeling good about who they were.”

“I wanted to share my story because I’ve been really fortunate in the treatment that I’ve gotten and wanted to pass that along to others, to let them know that it’s possible to live well with mental illness.”

About the Canadian Mental Health Association:
Founded in 1918, the Canadian Mental Health Association (CMHA) is a national charity that helps maintain and improve mental health for all Canadians. As the nation-wide leader and champion for mental health, CMHA helps people access the community resources they need to build resilience and support recovery from mental illness. Visit the CMHA website at www.cmha.ca today.

About Shoppers Drug Mart LOVE. YOU.
Shoppers LOVE.YOU. – Putting Women’s Health First – is dedicated to being part of every woman’s support network through the sponsorship of a full range of national and community initiatives focused on advancing women’s health in body, mind and spirit. More information can be found at www.shoppersloveyou.ca.