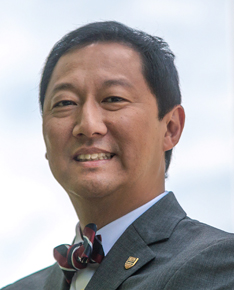 Vancouver, B.C. – It was during his studies that Professor Santa J. Ono first experienced depression and twice tried to take his own life.
“I studied hard, and I also partied hard,” says Ono of his student experience. “I learned the hard way the importance of balance and support.”

Now 15th President and Vice-Chancellor of the University of British Columbia (UBC), Ono is committed to promoting and safeguarding the well-being of his students and the UBC community.

On April 4 Ono will share his story of resilience at the annual Healthy Minds | Healthy Campuses Summit event, a post-secondary initiative of the Canadian Mental Health Association BC Division (CMHA BC).

“Post-secondary is a period of great change and upheaval, when passing or failing carries serious implications,” says Ono, who knows first-hand the toll it can take without the proper resources in place.

The much anticipated Summit is the cornerstone of Healthy Minds | Healthy Campuses, bringing research and theory into practice to inspire innovation toward systemic, sustainable change in mental health and healthier relationships with substances.

This year’s Summit, Ideas to Action: Strategies for Systemic Change & Measuring Impact, takes place on April 3 and 4 in downtown Vancouver at the Morris J Wosk Centre for Dialogue. This sold-out event includes senior leaders, faculty, counsellors, students, and post-secondary professionals from campuses across Canada, as well as government and community partners.

During his keynote, Ono will also speak to the value of embedding well-being in all aspects of campus culture.

“It’s encouraging to see such strong leadership in mental health promotion and awareness at a major university,” says Jonny Morris, Senior Director of Public Policy, Research and Planning at CMHA BC.

Under Ono’s leadership, UBC has built a long-term strategic plan with wellness at its core. The UBC Student Mental Health and Wellbeing Strategy aims to foster a supportive and inclusive environment that is grounded in all institutional policies and practices. This enables early identification of students needing assistance and connection to appropriate and adequate resources in a timely manner.

“Campuses represent such an important opportunity to promote mental health and wellbeing, implement prevention efforts, and intervene early way #b4stage4,” says Morris. “The Summit convenes leaders like President Ono to reinforce our efforts to improve the mental health of all campus community members.”

In addition to Ono’s keynote, the Summit features remarks by two local youth advocates and Carol Todd of the Amanda Todd Legacy Society.

For the first time the Summit includes stakeholders from the K-12 community to help bridge the gaps in mental health and well-being support across the education spectrum, from kindergarten through to post-secondary.

“Many post-secondary students are away from home for the first time in a new, confusing, and seemingly uncaring environment,” says Ono. “It’s important to prepare them by integrating mental health and well-being discussions at all stages of education.”

Summit delegates will have the opportunity to share ideas on how British Columbians can best invest in student success going forward.

Ono says creating a cultural shift is not an easy task, but a nearing reality when communities like Healthy Minds | Healthy Campuses come together.

“I am hopeful that today’s students, given the right tools, can thrive.”

Professor Ono’s keynote will be available to view at www.healthycampuses.ca and ubc.ca following the Summit.

About CMHA
Founded in 1918, the Canadian Mental Health Association (CMHA) is the most established, most extensive community mental health organization in Canada. Through a presence in hundreds of neighbourhoods across every province, CMHA provides advocacy and resources that help to prevent mental health problems and illnesses, support recovery and resilience, and enable all Canadians to flourish and thrive. Visit the CMHA BC website at: www.cmha.bc.ca.