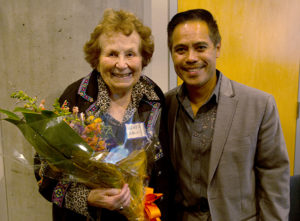 We will deeply miss distinguished mental health advocate and dear friend to CMHA, Agnes Hall. Agnes passed away peacefully at the age of 95.

Agnes served as a Board Member of CMHA Winnipeg Region, and initiated the formation of the Winnipeg Mental Health Network in 1986. When moving to Vancouver in 1993, Agnes became very involved in St. Andrew’s-Wesley Church, where she was an active member of the social justice action group and the End Homelessness Now Committee. 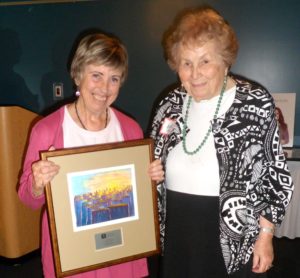 Agnes’ daughter, Dr. Nancy Hall, was key advisor, consultant, and friend to CMHA BC, and appointed BC’s first and only Mental Health Advocate in 1998. After Nancy passed away in 2011, Agnes would often join CMHA to present the annual Dr. Nancy Hall Award for Public Policy Leadership. The award recognizes an individual or group in BC that has influenced mental health policy and contributed to positive mental health.

Donations in memory of Agnes can be made to the Dr. Nancy Hall Speaking Up Speaking Out fund.