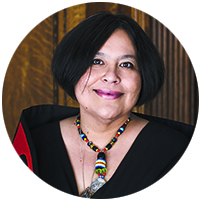 Ardith (Walpetko We’dalx) Walkem is a member of the Nlaka’pamux Nation whose legal practice has focused on working with Indigenous communities, with a focus on implementation of Indigenous laws and protection of Indigenous Peoples rights through advocacy and litigation.

A focus of much of her work has been on finding ways to make space within the Canadian legal system for the recognition of Indigenous laws, and this has included in the areas of child and family wellness (finding ways to reassert and reclaim Indigenous laws in this area). She has been involved with the Testify: Indigenous Laws + the Arts project and in various roles on working collaboratively with others through the Law Society’s Truth and Reconciliation Committee, and with the TRC Committee of the Continuing Legal Education Society to create understanding and respect across cultures. 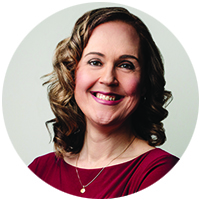 Marni is a diversity and inclusion professional dedicated to creating safe, welcoming, and inclusive environments especially for the LGBTQ population. She holds a Bachelor’s degree in Health Administration and a Canadian Certified Inclusion Professional (CCIP) designation. Marni has contributed to legislation and policy protecting human rights for individuals at the provincial and federal levels in Canada.

Most recently she was a member of the LGBTQ2 Apology Advisory Council which helped draft the apology delivered in the House of Commons on Nov 28, 2017 to LGBTQ people in Canada. Marni was nominated as a YWCA Woman of Distinction, received the Human Rights Award from the John Humphrey Centre for Peace and Human Rights and was named a Global Edmonton Woman of Vision in 2018.

Marni is also a transgender woman, who has been very transparent throughout her journey in the hopes of fostering acceptance through education and respectful dialogue. 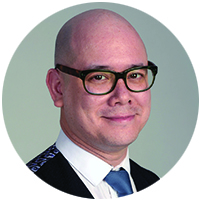 Jonny Morris is the CEO for CMHA BC, part of one of the longest-standing charitable organizations in Canada. Jonny has worked across a number of key roles in the community-based mental health and addictions sector consistently striving toward mental health for all.

Prior to re-joining CMHA BC, Jonny played a key role in helping build the Ministry of Mental Health and Addictions from the ground up, eventually leading the Policy and Legislation Branch as Senior Director. In this role, Jonathan was responsible for providing advice on a range of complex policy and legislative initiatives, while leading several transformational mental health and addictions programs.

In his past role at CMHA BC, Jonathan provided leadership for provincial mental health and substance use operations. His work focused on addressing systemic disparities between physical and mental health, campus mental health, the criminal justice system, systems transformation, policy and government relations. 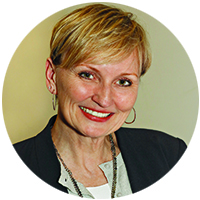 Kathryn Gretsinger is a long time public broadcaster at the Canadian Broadcasting Corporation, with a record of creating award-winning work at the local and national level in Canada. Kathryn is also a Killam Teaching Prize winner and she was named as one of North America’s top innovative journalism educators in 2018. She is a key member of the Global Reporting Centre, where she works as an instructor and producer for the annual Global Reporting Program projects and helps to shape conversations about local and global journalism. She is also an instructor for University of British Columbia’s unique Reporting in Indigenous Communities course.

There is a strong social justice undercurrent to Kathryn’s work. Her commitment to teaching, reporting and fostering dialogue about issues of social justice, Indigenous relations and mental health appear in the courses she teaches and key collaborations, including the National Student Investigative Reporting Network and her work with UBC’s mental health and wellness community of practice. 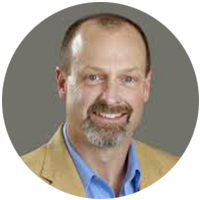 Laird Cronk was elected as President of the B.C. Federation of Labour in November 2018.
Laird is a Red Seal Electrician and a proud long-standing member of International Brotherhood of Electrical Workers (IBEW) Local 230. Laird serves as a board member of the provincial Industry Training Authority and is proud to be a facilitator for the Be More Than a Bystander program, which builds skills for men to speak up to prevent violence against women in the workplace. Laird is as passionate about worker rights as he is about his beloved Chicago Bears, and under his leadership with Secretary-Treasurer Sussanne Skidmore, he has led the labour movement’s advocacy on employment standards and labour code reforms and other issues important to working people.

Christie Bruce is a career firefighter with the New Westminster Fire Rescue Services. After several years on fire trucks she now works as a fire inspector/education leader. She is the mother of three wonderful daughters and committed to giving back to her community. 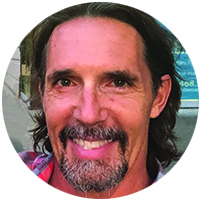 Curtis Neil comes to creative writing from a journalism background in London and the Middle East, with stories in publications including The Independent, the London Evening Standard and the Gulf News. Prior to his writing career, he explored a variety of employment options, including agricultural labouring in New South Wales, English teaching in Catalunya, and dishwashing in Tel-Aviv, memories of which occasionally seep into his work. As well as writing on mental health issues for Visions, the journal of the Canadian Mental Health Association, he is a member of the Shambhala Buddhist community and a yoga teacher for the YMCA. As an artist he exhibits photo-based works describing intense internal states correlated to landscapes of the West, and performs his own sassy brand of rock-and-roll with the Vancouver-based ‘Kings of Kavorka’. 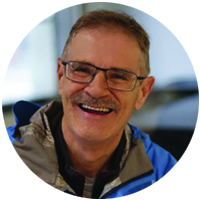 James Witwicki is a poet, Speakers Bureau facilitator and Megaphone vendor. Through personal experience, he understands how mental illness and substance abuse are multilayered issues. When he moved from Winnipeg to New Westminster in the 1970s James engaged in high-risk behaviours including injecting cocaine. He contracted Hepatitis C, which he later sought treatment for and was cured. He became sober and shortly after was diagnosed with Bipolar Affective Disorder and psychosis. It was the combined treatment of lithium, therapy, participating in Megaphone’s writing groups and community activities that brought James to a place of wellness. James wants to work with audiences who want to better understand drug users and the reasons why people turn to drugs.

Capt. Steve Farina, BC Professional Fire Fighters Association. Steve began his career as an on-call firefighter with the Township of Langley Fire Department in 1992 and five years later, joined the Coquitlam Fire Rescue full-time. He was elected to the executive board of IAFF Local 1782 (Coquitlam) in 2005 and was promoted to Captain in 2015. In addition, Steve is a VP on the BC Professional Fire Fighter Association (BCPFFA) which represents over 4,000 professional firefighters across BC. He chairs both the BCPFFA’s Health and Safety Committee and their Mental Health Task Force.

Steve is a member of Coquitlam Fire Rescue’s Critical Incident Stress Team and has taken the lead in defusing a multitude of critical incidents. He also serves as a Peer Supporter for his co-workers and has organized and hosted several mental health awareness nights for firefighter spouses and partners. Steve represents the BCPFFA on the BC’s First Responder Mental Health Steering Committee, chaired by WorkSafeBC.

Amber trained as a social worker and started her career in health care, focusing on end of life care needs. She then worked in community mental health with older adults living with complex medical needs and cognitive impairment. Since coming to WorkSafeBC, Amber’s work has focused on trauma, grief, and loss in the context of workplace health and safety. She has been involved with the peer support program for thirteen years and is regularly inspired by how the program brings people together to support each other in the difficult work they do.

Lindsay Kellosalmi | Ambulance Paramedics of BC 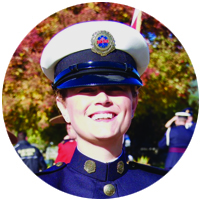 Lindsay Kellosalmi is a paramedic for BC Emergency Health Services who developed a passion for Peer Support 7 years ago when she helped to grow mental health supports for her paramedic and dispatch colleagues. No day is the same while she organizes and supports a team of over 130 volunteer peers, performs crisis intervention and ensures her colleagues have the adequate supports to stay healthy and do the job they love.

Lindsay has always enjoyed helping people but is grateful for the unique role she plays while helping her colleagues. She believes we can all do a better job at being kinder and taking the time to truly listen.

Ali Gailus is a nineteen-year Vancouver Police Department member who has worked as part of patrol, drug squad, community policing, and in the Professional Standards Section. She is currently assigned full time to the VPD Member Wellness Unit (Peer Support, CISM, Athletic Therapy). Passionate about wellness, she works to support members who are experiencing hardship in their personal and professional lives through lived/shared experiences on and off the job. 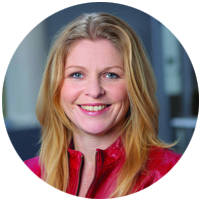 Shiela Moir | Health and Safety Director, BC Federation of Labour 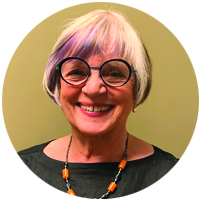 Sheila Moir started the BCFed OHS Centre in 2001 and rejoined the Centre after 5 years as the OHS Officer with the British Columbia Government and Services Employees Union (BCGEU). Currently Sheila is the Health and Safety Director for the BC Federation of Labour.A committed OHS activist Sheila has worked to improve the health and safety for workers in BC by lobbying government and the WCB for improved compensation benefits for injured workers and improved OHS legislation and enforcement. Sheila has a special interest in the OHS concerns for women and other equity seeking groups. Through many years of providing education and advice to joint OHS committees Sheila has an excellent understanding of the OHS issues in both the industrial and public sectors. Sheila has seen first- hand, how the OHS education provided by the BC Fed OHS Centre assists committees to be more effective and strategic thus improving health and safety for themselves and for their co-workers. 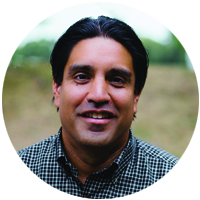 Zaa Joseph (Co-Creator of Diversity Circles): Zaa has been a faculty member and advisor in the BCIT Indigenous Services department since 2008. Zaa sits on the BCIT Diversity and Inclusion Committee and is a national committee member of the Equity Committee and subcommittee member of the Indigenous Working Group for CAUT (Canadian Association of University Teachers). Zaa helps coordinate various initiatives for BCIT’s Indigenous Services as well as advising Indigenous students. 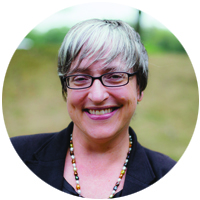 Shannon Kelly (Co-Creator of Diversity Circles): Shannon joined BCIT in 2002 as faculty in the Communication department, where she has been looking at diversity through numerous research projects. Shannon co-founded Diversity Circles with Zaa Joseph in 2015 and they achieved SSHRC (Social Sciences and Humanities Research Council of Canada) funding to help faculty and staff address the increasing diversity on campus using a grassroots, strengths-based approach which draws on an Indigenous framework. 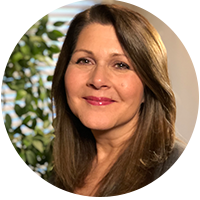 She was co-chair for the technical committee that developed the National Standard of Canada on Psychological Health and Safety in the Workplace.

As the principal of Mary Ann Baynton & Associates she consults with organizations and institutions across the country.

She also serves as the Director of Strategy and Collaboration for Workplace Strategies for Mental Health which produces free resources for all Canadians with support from Canada Life.

Mary Ann is the author of several books including The Evolution of Workplace Mental Health in Canada and Mindful Manager. She strives to help people eliminate unnecessary suffering and improve lives.

Sign up for email updates on workplace mental health.